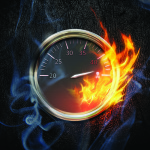 The December issue of Anesthesia & Analgesia has just posted.

Epstein and colleagues (Anesthesiologist Staffing Considerations Consequent to the Temporal Distribution of Hypoxemic Episodes in the Postanesthesia Care Unit) found that most postoperative hypoxic events occurred more than 30 minutes after admission to the postanesthesia care unit, nearly always after the transporting anesthesia provider has left. Referring to the PACU as the “black box of the surgical care system,” Weissman and Freeman (Operational Realities in the Postanesthesia Care Unit: Staffing and Monitoring for Safe Postoperative Care) opine that we should focus our efforts on individualizing treatment plans, rather than “drawing additional resources to resolve respiratory compromise once it has occurred.”

Atkins and Mandel (Performance of Masimo Rainbow Acoustic Monitoring for Tracking Changing Respiratory Rates Under Laryngeal Mask Airway General Anesthesia for Surgical Procedures in the Operating Room: A Prospective Observational Study) found that acoustic monitoring of ventilation rate during general anesthesia in patients with an LMA was comparable with ventilation rate estimates obtained from an in-circuit pneumotachometer, supporting the accuracy of acoustic ventilatory monitoring.

It is interesting (and understandable) that when it comes to physiologic monitoring under anesthesia, the limelight squarely falls on the cardinal monitors of oxygenation, ventilation and perfusion. Temperature monitoring, though, is often not regarded with such esteem. This is all the more curious given that every biologic system, cellular life form, macromolecule and chemical reaction has an optimal temperature range within which to operate. Beyond this perimeter is a dysfunctional state of affairs. At the extreme endpoint of this spectrum in the operating room is the syndrome of malignant hyperthermia, an entity that transforms our patients into the mother of all combustion reactions. The importance of temperature monitoring in this context is discussed in this issue.